Artigo rubber flooring from our Italian supplier is made of natural and/or synthetic rubber, reinforcing mineral fillers and natural colour pigments. 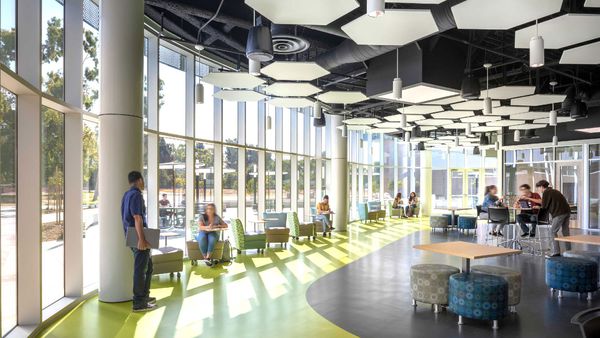 The first attempts to lay rubber flooring were known as early as the end of the 19th century, but their real use was minimal – compared to other floor coverings, they were expensive and more often installed in industrial or commercial premises. At the beginning of the 20th century, synthetic rubber was invented, which enabled a greater expansion of this material and finally its wider use. According to surviving records, rubber floor covering was used for the first time in 1969 at Frankfurt Airport (80,000 m2 was installed by the company nora systems, Inc.). 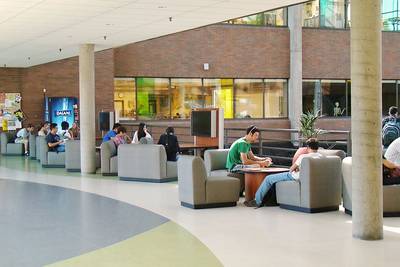 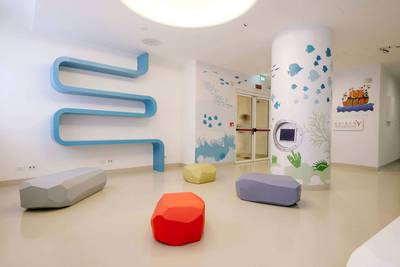 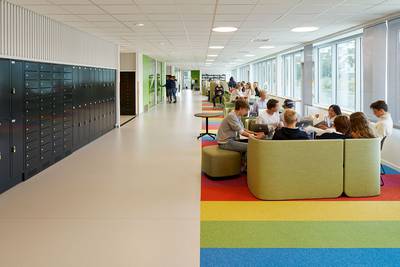 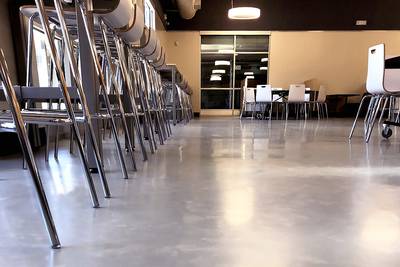 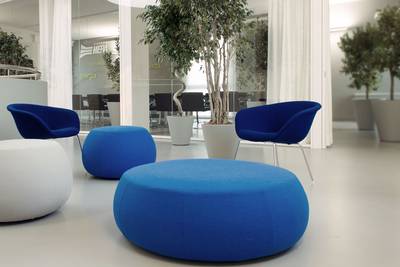 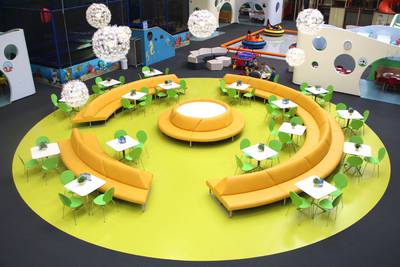 There are different types of rubber flooring:

Online catalog
Enter the catalog with a complete range of our materials.
More 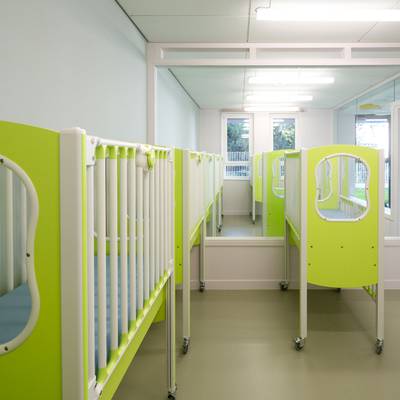 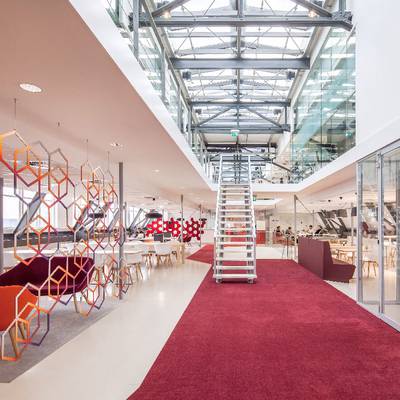 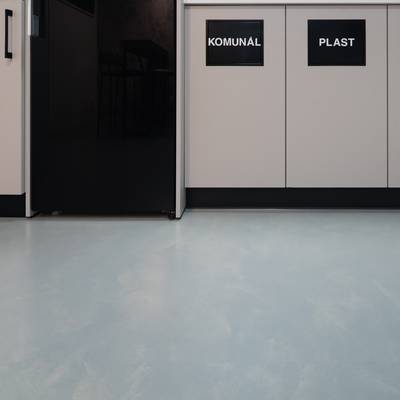 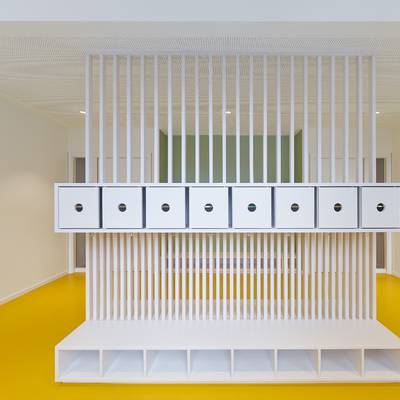 Both of these features ensure adequate walking comfort for the rubber flooring. The softer tread also means less strain on the spine, which brings clear health benefits.

High resistance to pressure and abrasion is another advantage of rubber coverings. Water resistance and non-absorbency then come into play wherever the flooring is in contact with moisture or occasional wetting.

Rubber flooring also has a high fire resistance, complying with the Bfl-s1 and Cfl-s1 classes in tests for reaction to fire and smoke. It is therefore also suitable for places where it is required to meet these standards by law.

A frequently appreciated bonus of rubber flooring is its acoustic-insulating properties. By installing rubber flooring, it is possible to significantly increase impact soundproofing, there are also rubber floors with a special acoustic layer.

Compared to PVC or linoleum, rubber flooring has the longest service life. Combined with the fact that it can even withstand very heavy operational traffic, it has therefore proven itself as a floor for buses, trains and the metro.

All input raw materials, from which high-quality rubber flooring is made, are harmless to health and the environment. They contain only natural and/or synthetic rubber, minerals and natural pigments. No dangerous substances are added to them either. 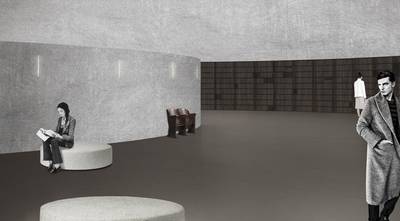 Although, of course, rubber floor coverings are first offered in industrial, office, medical or sports premises, they are increasingly being used in ordinary households as well. It is possible to use them practically anywhere thanks to both a timeless and modern look. In addition to floors and walls, rubber flooring can also be installed on stairs. 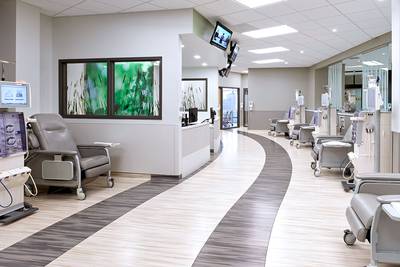 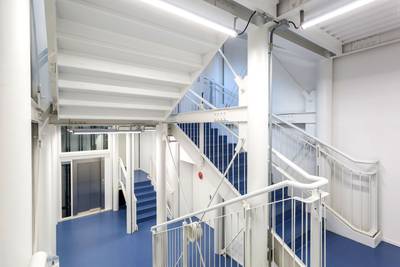 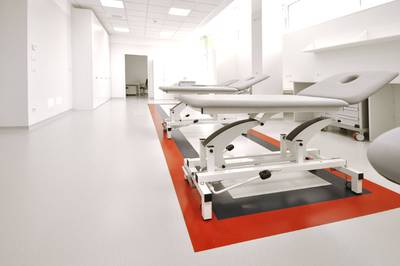 Artigo rubber flooring is very ecological, containing only natural substances (or at most part synthetic rubber). On the contrary, they do not contain any harmful substances such as heavy metals, plasticizers (phthalates), halogens (chlorine, bromine, fluorine), asbestos, formaldehyde or other similar additives. Neither do they emit any harmful substances, even in the event of a fire. The quality can be easily identified by the relevant European certificates. 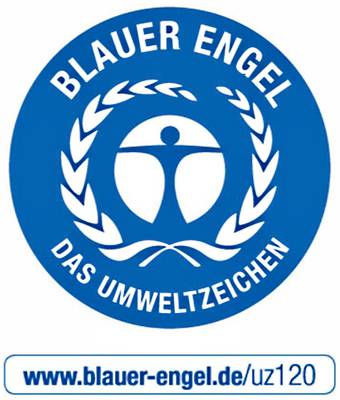 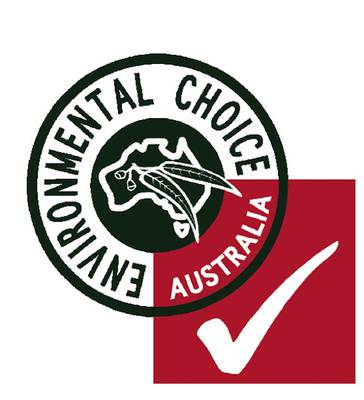 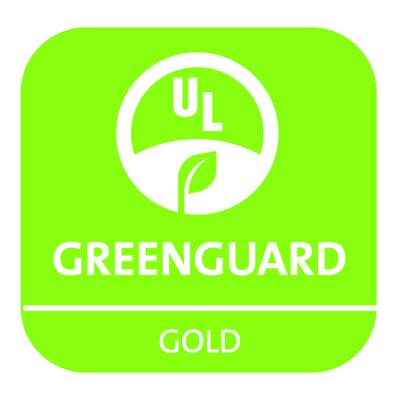 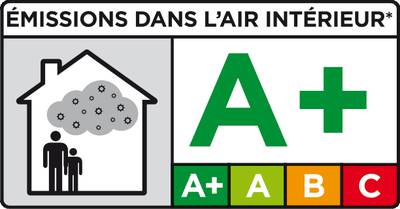 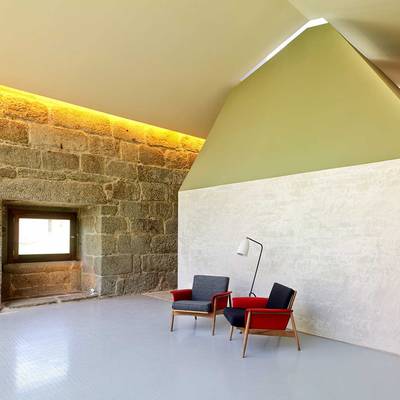 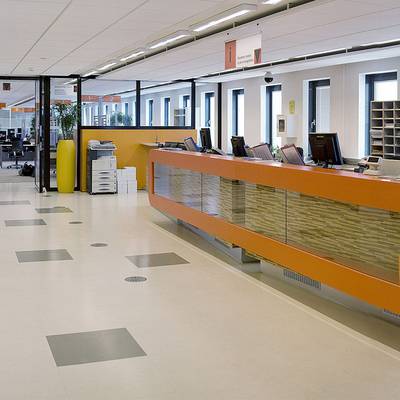 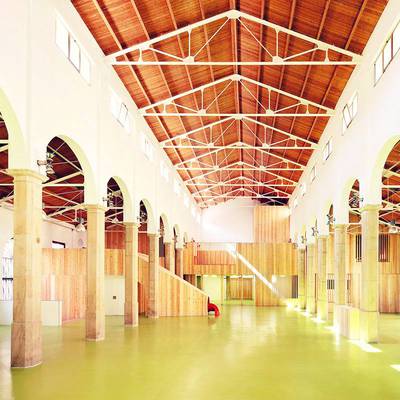 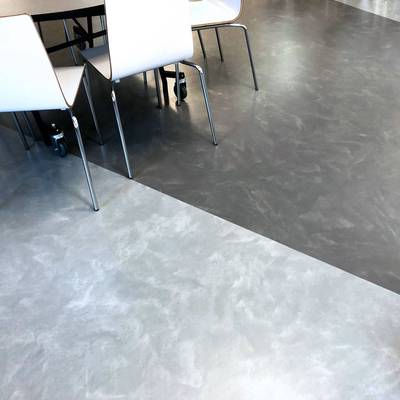 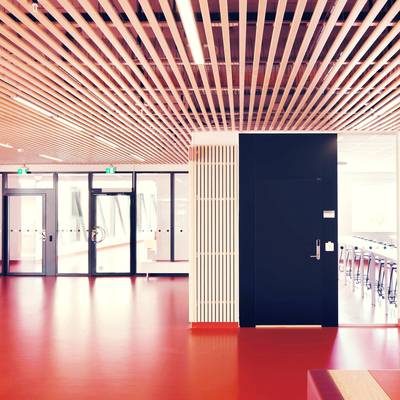 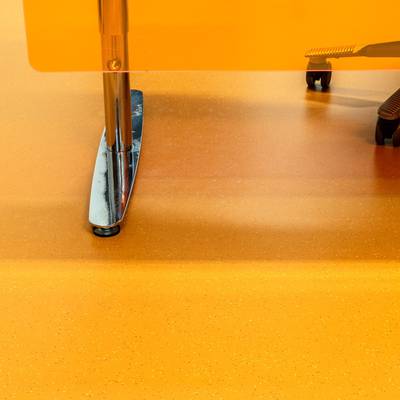 Project consultation
Alternatives corresponding to the budget
Samples of materials

We will be happy to lend you or order samples from our manufacturers. Please contact us for more information.

Are you interested in the complete range of our materials and technical details? Select specific products from our online catalog.

Do you want to see selected materials with your own eyes? Make an appointment in our showroom . You and your clients are welcome with us.

Do you need help with your ideas or info on specific material? Please contact us , our specialist will help you. 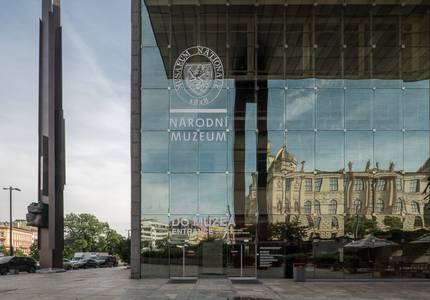 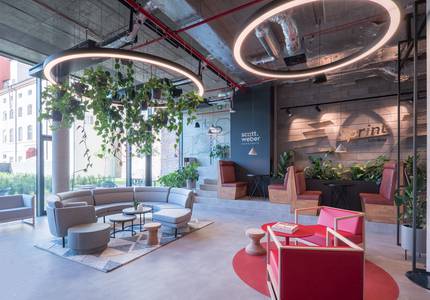 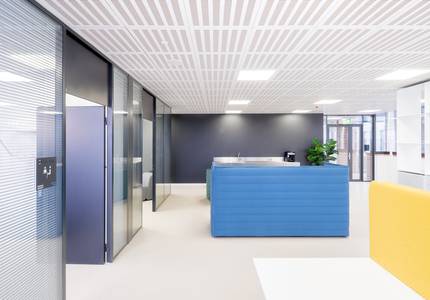 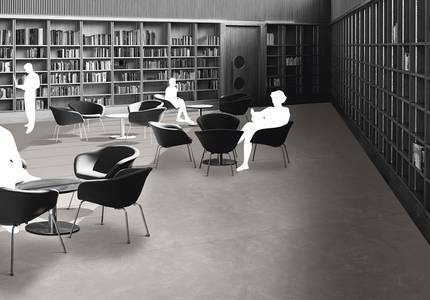 Natural materials have been popular in interior design for some time, and rubber is undoubtedly one of the mainstays in this area. As a floor covering, it enjoys well-deserved popularity among architects and designers. 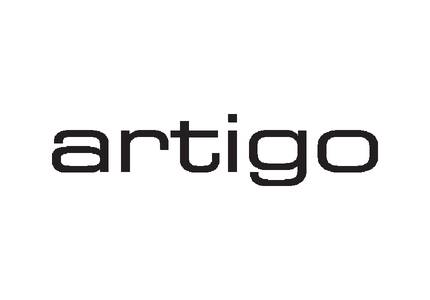